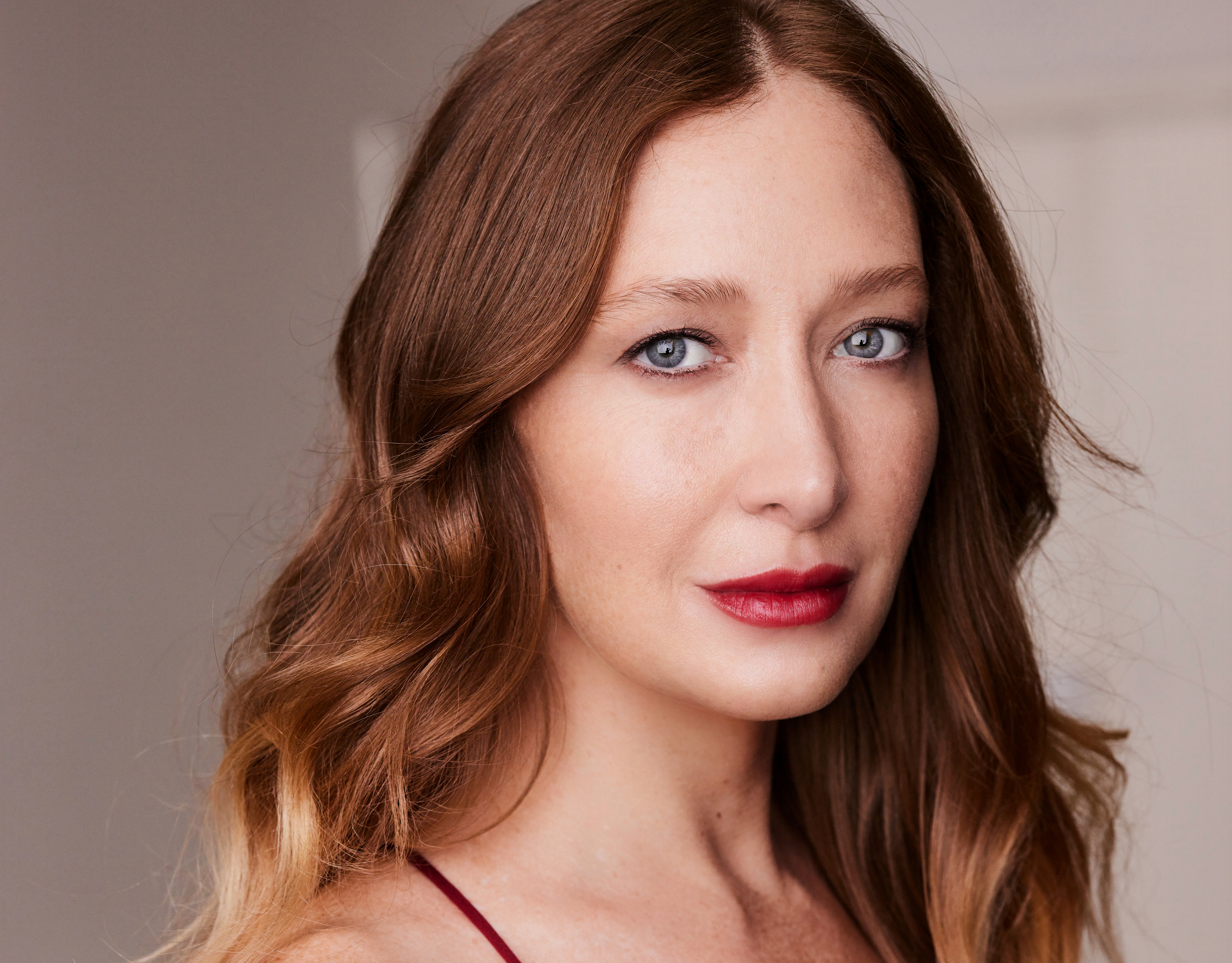 Christanna Rowader just wrapped on the short film alive by smc film. She plays the protagonist, Juliet, Ivan’s ex-girlfriend. She currently is in production for a usc short film, “Stay.”

Christanna Rowader is an LA Ovation Award Winner for Lead Actress in a Musical as Mother in 3-D Theatricals’ revival of Ragtime. She is a versatile actress known for making her characters “delicate badasses.”

Actress Christanna Rowader is an LA Ovation Award winner for her role as Mother in Ragtime. She was born in Chicago, Illinois and has three older half-siblings on her father’s side. Her parents, Darrell and Linda Rowader, live in Arizona (1993-present). Her father is a retired music teacher and guest conductor for the Prescott Pops Symphony and her mother is a registered nurse. Previously, both her parents were opera singers in Chicago (approx. 1979-1993).

Christanna was brought up in the theater world and was trained as a classical singer. At the age of 13, she landed her first lead role as the White Witch of Narnia in a children’s theater production. At 18, she moved to New York City and briefly studied at The New York Conservatory for Dramatic Arts (2003). After that, she moved to Arizona and studied musical theater at Arizona State University (2005-2009).

She graduated with a Bachelor of Interdisciplinary Studies, concentrations in Music and Creative Writing, then moved to Los Angeles, California.

Ms. Rowader remains a mesmerizing revelation in the role, capturing Alice’s youthful exuberance and grown-up steeliness in equal measure. She never stops conveying a heartrending truth so raw that she hits you where you live. You may see many of the shocks and jolts coming from miles away but it hardly matters. When she is lilting her way through the show’s aching melodies, it’s hard not to feel the white hot heat of pain with her. In fact, Ms. Rowader seems lit from within throughout the show. She elevates this effervescent piece, adding depth to the lyrics and burnishing every melody to a fine sheen with her delicate twang. The actress also magically transforms from the giddiness of youth to the stiffness of middle age with a simple fluttering change of dress. ~ The Show Report

Christanna Rowader’s star shines bright in Steve Martin and Edie Brickell’s Bright Star. Rowader’s Alice tops even her Ovation-winning star turn as Ragtime’s Mother (a role she reprised at Candlelight last year), giving us both the lovestruck teen and the life-hardened adult, singing in the most glorious of country mezzos, and digging deep into Alice’s well of youthful joy and adult pain. ~ Stage Scene LA

As the lead, Alice Murphy, Christanna Rowader gives a performance that is versatile and layered. On one hand, she makes for an exacting but fair editor, and as her character’s past reveals, she is also loving before a silent despair takes over her. Moreover, Rowader is a robust singer with a high belt, affecting a moving solemnity in her voice… ~ LA Excites

Sung gloriously by Christanna Rowader as Alice Murphy, an editor in 1940s’ North Carolina, we are invited to give ear to her life story told in music. Ms. Rowader radiates confidence, beauty, and star quality. ~ Stage and Cinema

Rowader, reprising the role that won her a coveted Best Actress Ovation Award two years back, is once again a radiant, richly drawn Mother, her “Back To Before” earning the production’s loudest and most justified cheers… ~ Stage Scene LA

Rowader skillfully gets across her dilemma as a subdued woman during that time period, who is gifted with understanding her growing empowerment with respect to her surroundings – which is especially accentuated with Rowader’s hair-raising, belting vocals in Act II’s “Back to Before.” ~ LA Excites

Christanna Rowader is sensational as Mother; her “Back to Before” stops the show. ~ BroadwayWorld Los Angeles

Christanna Rowader is a light in the darkness of the show, but in playing Aldonza, a serving wench whose opinions mean nothing to the other prisoners, Rowader is initially so rough around the edges we struggle to see what Quixote does in her. Later, Rowader adds outward beauty to the production as she sings “Aldonza,” a very difficult number that’s staged after a serious incident in the prison. Her performance of the song left the matinee audience I saw the show with silent, stunned, almost forcibly moved to subdued tears… ~  Calaveras Enterprise

Christanna Rowader’s performance as Aldonza is excellent as she powers through being the strong-willed leading lady of the musical. Her voice exudes all the emotions in “It’s All the Same,” “What Does He Want of Me?” and especially in the act two tear-jerker “Aldonza.” Miss Rowader’s final scene with Mr. Lee’s Quixote has several beautiful, well-paced moments…[that] Miss Rowader and Mr. Lee execute beautifully. ~ The Road to 1,000

Bonds’ Coalhouse surpasses his Ovation-winning performance in Parade, his powerful star turn anchoring the production as does the revelatory work being done by an incandescent [Christanna] Rowader as Mother, each one stopping the show again and again, and never more so than in Rowader’s extraordinarily stirring “Back To Before.” ~ Stage Scene LA

Christanna Rowader is stalwart as Mother; her “Back to Before” is electric… Some of the more memorable tunes include: Mother’s aforementioned “Back to Before” – for me, the crowning song of the show, conveying the true meaning of change… ~ BroadwayWorld Los Angeles

Standouts amid the huge cast are Christanna Rowader’s sensitive and affecting portrayal of Mother, the stalwart woman who raises her family when her husband is away, while taking in unwed mother Sarah (the likewise radiant and heartbreaking Daebreon Poiema). Both women sing magnificently, and consistently evoke our empathy. ~ Edge Media Network

As “Mother”, Christanna Rowader demonstrates time and again that she really knows how to interpret an intricate lyric with great sensitivity and (where required) gusto—as she does with her opening salvo, “Journey On” (sung with “Father” as he leaves on an expedition,) as well as “What Kind Of Woman” (wherein she has just discovered the abandoned newborn,) and her equally potent act two personal ‘emancipation proclamation’ “Back To Before”. ~ Buck-ing Trends

That’s a great BAAAAAAAAAAAAAACK she does in the video and that’s the moment that separates all of the Mothers into “amazing” and “okay” categories. Your friend is definitely in the “amazing” category! ~ Personal message from Stephen Flaherty

The keys to 3-D’s success are…top-notch performances from actors representing each of the focal groups: Christanna Rowader as Mother…Rowader adds considerable emotional depth to the role of the tolerant Mother… ~  The Orange County Register

Rowader…rightfully brings down the house with her 11 o’clock number “Back To Before”—which gave me goosebumps. Patent and Rowader also sound quite beautiful in their duets “Nothing Like The City” and, later, in the endearing “Our Children.” ~ Onstage With Chris

[My] favorite solo performance of the afternoon was “Back to Before,” by Rowader. Her emotion-filled performance bought the audience into the deep, raw truth that Mother was feeling as she filled every note with power and the perfect touch of calm passion. My jaw nearly hit the floor while she sang. ~ The Prepared Performer

Christanna Rowader, as Mother, gives a strong performance, not only showing a powerful voice but one that has good range. You can feel her growth as a woman and a family member as she asserts herself through her role… ~ The LA Beat

It would be impossible to imagine a more perfect performance than the one turned in by Christanna Rowader as Mother…Rowader’s nuanced performance as the turn-of-the-century housewife who achieves growth and courage was nothing short of magnificent…Rowader’s superb and sensitive acting skills were enhanced by her wondrous voice, especially on her solo showpiece: the exquisite “Back to Before,” which brought rousing cheers from the audience. Rowader has it all. She is an astonishing talent. ~ VC Onstage

Leggy, luscious redhead Rowader adds an extra bit of spice to girl-next-door Christine, along with power pipes that can hold a long note long indeed, and terrific chemistry with both her leading men. ~  Stage Scene LA

Show hits its stride with female’s entrance…It’s great to see Rowader let her red hair down in a light comedy, and her daffy sexiness and marvelous singing abilities are used to great effect in this role… ~ Simi Valley Acorn